This first appeared as a guest post on FreeTech4Teachers.

Many of us using technology in the classroom find ourselves caught between two worlds: Apple and Google. Apple’s iPad is a fantastic tool in the classroom which provides students with various opportunities to consume, create, and communicate. Similar to a swiss-army knife, it is only limited by how we choose to use it. At the same time, Google apps provide students with cloud-based services, from search to document creation and sharing, that work seamlessly on iPad.So, what are some of the best ways to experience Google on the iPad? Let’s take a look at two apps from Google: Google Search and Drive.

Usually when you think of Google you think of searching first. The Google Search app has a nice clean interface: a search bar, a history button, a voice search button, an apps button, and Google Now cards. Most of the features are pretty intuitive. While, I like the apps button because it provides access to many Google apps and sites from one place, my favorite part about this app is Google Goggles.With Google Goggles, you can take a picture with the iPad camera, and Google Search will scour the internet for that picture. This is a great feature that taps into two of iPad’s strengths: mobility and image capture.

The Google Drive app offers some great features on iPad. You can create docs, sheets and folders, as well as open, edit and collaborate on any doc or sheet that you started from another device. There are also two great features that bring out the best in your iPad: speech-to-text and supporting workflow.

I have tried speech-to-text on other apps and sites with minor success; however, it works really well when creating documents in Drive. The best part is that because it syncs with the cloud! This means that you could be on the same document from a computer as well as iPad, talk into iPad, and the text will also appear instantly on the computer. This is an amazing feature – especially for students who struggle with writing.

Another powerful feature of Google Drive is how it supports workflow on iPad. You can upload video and images from the camera roll right into your Google Drive. This is a great way to get an important video or image off of iPad and onto your computer or another device. It is also a great way to collaborate. You can gather class images and video in Drive and then share or merge them together on a single device. Google Drive liberates your creative masterpieces from a single iPad.

A final great workflow feature in Drive is “Open In…” Any file, in any format, can be stored in Google Drive. This feature gives you a variety of options for how you want to open that file and use it on iPad. For example, you could open a PDF from Google Drive in iBooks, Evernote, Subtext, or any other app that might allow for PDF Annotation.

Google and iPad compliment each other beautifully, and together can make a great tool for learning and teaching. 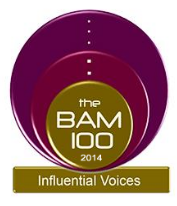